Stopping The Progression of MS 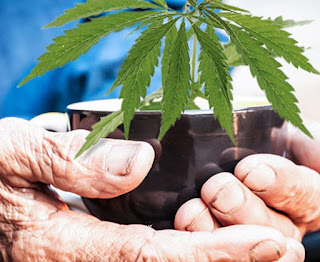 Jack Chavez of Colorado: Progressive Multiple Sclerosis
I consider Jack a friend of mine. Jack’s a pretty remarkable guy. Jack has Progressive Multiple Sclerosis. I’ve interviewed a number of people with MS, but none quite as remarkable as Jack.
The first time I met Jack was in 2006 while traveling across the country with Journey for Justice 7. My good friend and Denver Caregiver Diana McKindley agreed to introduce me to some of her patients. Jack was number one on the list.
At the time of my interview, Jack was still having difficulty talking. So for the interview, Diana agreed to read a short speech to me that Jack had prepared.
We take for granted the choreography of muscles required to sustain speech. Jack has to concentrate and apply great effort to do what comes naturally for us, even when all he is trying to do is say a few words.


In 1994, Jack was diagnosed with Chronic MS. This progressive form of Multiple Sclerosis is similar to what claimed the life of comedian Richard Pryor.
In November of 1994, he woke up and tried to stand. He fell and never walked again. Two months later, he lost his speech. He moved from Breckinridge, Colorado to Denver to live with his Mother.
Growing weaker, his older sister told his Mother to put him in a nursing home. He was in a nursing home three more times. His mother asked him to make her his legal guardian.
Soon, he was bed-ridden. People would speak in front of him as if he was already brain-dead. This is a common complaint among MS patients, according to Diana, Jack’s caregiver. “They may appear to be in a coma state, but in fact they’re wide awake. But they’re treated like they’re dead.”
Jack was moved in with a black man with cerebral palsy. Every day, the man would come over to Jack and tuck a Cannabis bud between Jack’s teeth and gum, to sooth Jack’s discomfort. Jack told me that he would suck on it all day. It helped him get through the ordeal he was experiencing.
He was given a G tube and was put on a liquid diet with a pump. His health was at its lowest. He weighed 85 lb. He couldn’t move at all. He started praying to God. He said, “It made me feel better. “
Six month later, Jack’s Gall Bladder was removed. Following surgery, the nurse was talking to him as if he could respond. His nurse leaned over him, looking into his eyes, and asked him if he would like a drink of water. He thought that would be good, so with all his strength, he winked at her. She screamed with joy. The nurses and doctors surrounded him.
He had no movement for two and a half years.
In November of 1998, Jack was healthy enough to have his G tube removed. By December, he was able to eat soft foods. He was now up to 100 pounds. He Started speaking, one word at a time at first, and began moving his left arm, left foot and toes.
In January of 1999, Jack applied for section 8 housing and by July they had found him a place.
At the time of my interview, Jack was living by himself. He’s witnessed many miracles. He now speaks sentences. He feeds himself. Brushes his teeth, holds his own glass.
He gets three visits a day seven days a week from his health agency since he was still not able to cook, clean or bathe. But he’s proud of what he can do. His physical therapist is now placing ever wider rolls of towels in his right hand. They’re helping to stretch the atrophied ligaments for his fingers. He’s regaining the use of his right hand and arm. The healing continues.
The pain Jack suffers now is in his neck. It is not related to his MS. He has a narrowing of his spinal cord. The doctors told him that he would have a 50-50 chance of correcting it with surgery. He’s on a lot of pain pills – 100 Percocets per month, 40 Dilantins per month, and a Morphine patch every three days.
Using Cannabis allows him to cut his pharmaceutical use in half.
With Diana’s help, Jack became a caregiver. Along with his son’s help, Jack maintains a garden and provides medicine for others who are chronically or terminally ill.
The healing continues; not only for Jack, but also through those whom Jack provides.