How Marijuana Affects You: Part 2 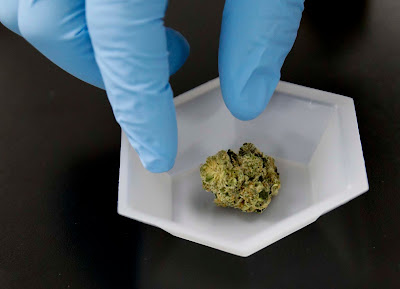 How Does Marijuana Affect You?

In our last posting, we started a discussion of the active treatment ingredients in Cannabis medicine. Then we started to discuss ways to administer the drug treatment, starting with smoking. We now resume....

Ways you can smoke cannabis include:
Eating or drinking.
This slows marijuana’s effects because the THC has to go through your digestive system. It may take 30 minutes to 2 hours for you to get high. But it will last longer -- up to 8 hours -- than if you smoked or vaped pot. You can mix cannabis into brownies, cookies, candy, and other foods, or brew it into a tea.

Whether you smoke cannabis or eat it, remember that it can:
Heighten alcohol’s effects on your body
Interact with medications. For example, it can raise the dangers of bleeding with blood thinners or make some antiviral drugs not work as well.
Hurt your concentration and motor skills. It’s dangerous to drive while you’re high.

People have turned to the cannabis plant as medicine for hundreds of years. Researchers have found that cannabis can help with:
Ongoing pain (this is the most common use for medical marijuana)
Nausea or throwing up from chemotherapy
Seizures from epilepsy, Dravet syndrome or Lennox-Gastaut syndrome.
Stiff muscles or muscle spasms from multiple sclerosis. The evidence is stronger for self-reported symptoms by people with MS than for improvements measured by experts.

Evidence is limited that marijuana might help with:
Sleep problems in people with fibromyalgia, MS, long-term pain, and sleep apnea
Anxiety
Loss of appetite and weight loss in people with AIDS

Researchers don’t fully understand all the ways cannabis can affect your mind and body. That’s especially true when it comes to children and young adults and their brains.