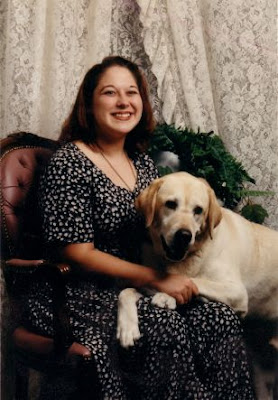 Heather DeMian of Columbia, Missouri: Ehlers-Danlos Syndrome
Heather is thirty-six years old and confined to a wheelchair. Heather was born with a rare genetic condition called Vascular Type Ehlers-Danlos Syndrome.
It’s a defect in her type three collagen that weakens the walls of her blood vessels, organs, and esophagus. “Everything is very weak.”
It makes her joints dislocate very easily. “When you see a new doctor and they see that you have Ehlers-Danlos, they immediately ask ‘what tricks can you do?’ ” A cynical smile comes over Heather’s face.
But condition is no laughing matter. It causes her a lot of pain and gastro-intestinal problems, which are further aggravated by the pain meds that are prescribed to her.
Heather takes Zofran, an anti-nausea medication. “Zofran suppresses the gag reflex maybe half the time.” Her Medicaid pays roughly $1200 per month for her to have this drug.
She also takes Marinol, a pharmaceutical synthetic of the cannabinoid THC that is found in cannabis. Heather’s Marinol costs Medicaid roughly $1500 per month.
Together, these prescriptions total $2700 per month or $32400 per year, just to try to suppress Heather’s urge to vomit. Unfortunately, they rarely do. She has to carry a plastic container everywhere she goes for when the urge to vomit comes upon her. Obviously, she doesn’t get to go out very much.
Heather describes her cannabis use as, “an instant soothing that you can’t get from any drug.”


When she was in the hospital two years ago, the nurses and doctors tried to give her pills and food, but she couldn’t keep anything down. She spent hours hovering over her plastic receptacle. Her doctors were perplexed since nothing in their pharmacopoeia was working.
Then Heather suggest, “If you’d let my fiancée bring something from home (cannabis), I could go outside for a cigarette break – this’ll go away.” Frustrated, the physicians complied. Heather went to the smoking area of the hospital, took four to six puffs from a cannabis cigarette, she returned to her room in good spirits, ate her lunch, and took her pills without any problem.
Heather’s physicians and nurses were amazed. They wrote on her chart that, from then on, whenever she needed it, she should be allowed to go outside for a “smoke break”.
“It was the only way that they could get me to eat my pills.”
Unfortunately, Heather has great difficulty getting the quantity and quality of cannabis that she so desperately needs. In Columbia, Missouri, though there is some protection for her as a patient to possess cannabis, there is no provision for obtaining it.
“Relying on the black market, you tend to get low quality…mold and other things in it that you don’t want in your medicine; that can make you just as sick. We really need to be able to grow our own or have caregivers grow them; dispensaries where we know it’s quality.”
Holding up her prescriptions, “A few hundred dollars worth of cannabis could replace $2700 worth of, you know, synthetic crap that doesn’t work very well.”
“Being chronically ill is not fun. Anything that can make it less painful, and less dangerous…every time I throw up, I risk rupturing my esophagus. It’s a dangerous thing. I could very easily kill myself throwing up…”
“I’m not a bulimic. This is not something I can control. I’m not inducing it. A lot of times, they (doctors) don’t seem to care; when the drugs that they give me don’t work well enough. That’s ok. No, it’s not ok.”
Heather’s medicine is crucial for her. “Patients should not be punished for trying to keep from dying. Cannabis helps keep me from dying. That’s what it does.”