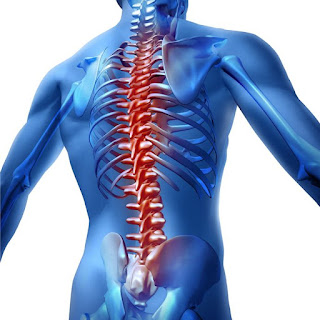 Todd has a spinal cord injury at T3, that’s complete paralysis from about the mid-chest down. Because of the traumatic nature of his injury, he suffers from neurological pain.
It’s tough for Todd to describe the experience. “…strangest type of pain you can describe. You can’t understand what it’s like unless you have it.”
There can be different degrees. Todd’s is moderate to severe. “It’s like being burned or stabbed, or, anything like that…twenty-four hours a day.”
For Todd, it’s worse at night. “It’s not as bad during the day as long as I take my pharmaceutical medication.”
The pain is particularly bad when storms are coming in and when he forgets to take his medicine.
“Nothing really seems to help.” Todd is prescribed a number of anti-seizure medications. “Some, I take for the baseline pain, but they don’t help with the flare-ups.” Opiates are reserved for the flare-ups. “That doesn’t seem to do much either.”


Todd is currently taking Gabapentin and Neuronton, both anti-epileptic, anticonvulsants. Both very serious drugs with very serious side effects. He is currently taking their maximum dose.
He has also taken Vicodin, Oxycontin, both of which are highly addictive opioid pain killers.
“It’s not like you broke a bone or you cut your arm. The pain is completely different. They (pharmaceuticals) don’t seem to work with that kind of pain. Rarely, if ever.”
When he takes the seizure medication that’s prescribed for the pain, it will make him so drowsy that it’s hard to get up in the morning. Often, he feels that way ’til bedtime, at least, until his body acclimates to the drug.
With the Oxycontin and Vicodin, not only has he experienced drowsiness, but also nausea. “It makes you feel like you don’t want to go to work; to school.”
“I have a flare-up at least two or three times a week where it does get bad.” That’s when he takes the strong pain medications.
Todd has been using cannabis medicinally for about a year. “It doesn’t take the pain away completely, but much more so than any medication I have been prescribed.”
But how does he function? “I function very well.”
“I’m lucky in that most of my flare-ups happen at night. …it’s much easier to relax at night (with cannabis) than with Oxycontin or Vicodin or morphine or anything like that. It’s the best kind of medication for my type of pain that I could recommend to anybody. …I don’t have to worry about the APAP in Vicodin that damages your liver.
In summing up the interview, Todd was asked what he would say to those with similar injuries. He had only three words. “Use what works.”